Toronto’s most formidable saxophone quartet will be performing at the Music Gallery’s X Avant Festival, opening for Sarah Neufeld: The Ridge on Saturday Oct 15th, 2016. The program will contain all original music from it’s members including the premiere of a new piece by Shannon.

For more information or to buy tickets visit musicgallery.org

With equal parts jazz-trained and classically-trained saxophonists, Dialectica attempts to find an aesthetic truth through the discourse of these two musical points of view, akin to the Dialectic method of philosophy found in Plato’s Socratic Dialogues.

Can a current Canadian identity be found where the lineages of European art music and North American art music meet?

Can the saxophone occupy a space in the collective unconscious that lies beyond that of Careless Whisper and Baker Street?

Can the world handle more than one female saxophonist in one place?

A brand new project: Music to be appreciated by the mind and the body!

Stereoscope (saxophone duo of Olivia Shortt and Jacob Armstrong) is premiering  Shannon’s piece written specifically for them called “Unconscious Conflict” on Thursday June 23, 2016. The piece, for alto saxophone, baritone saxophone, and voice evokes the constant battle between the Id and the Super-ego (dueling saxophones) while the Ego (voice) is caught in the middle of an unconscious conflict. Original text  for the piece was written by Jay Vazquez.

Unconscious Conflict
I There exists an unconscious, the invisible puppet master
II The Id demands and the Super-ego punishes
III The neurotic Ego is caught in the middle of an unconscious conflict

To stay informed of Spectrum’s future events, including an exciting 2016-2017 season starting in the fall like them on facebook. 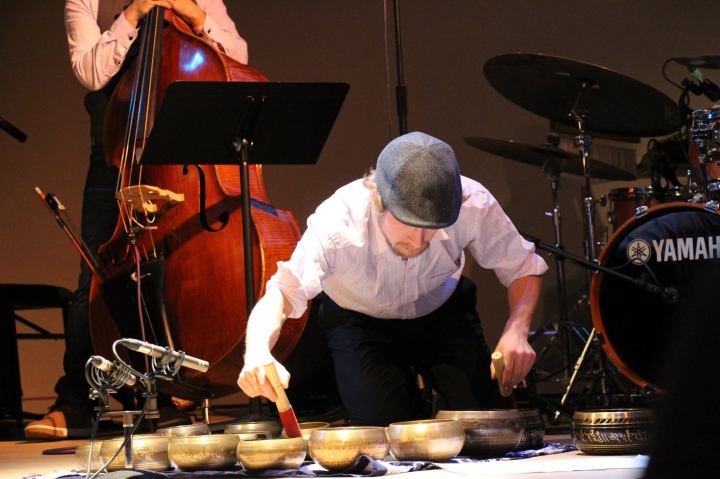 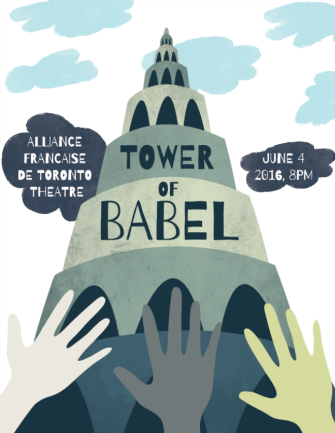 A symbol of both universal oneness and division, the iconic story of the Tower of Babel is a common thread in Christian, Islamic, and Jewish religious texts. All people united to build a tower that reached the sky, but God intervened, fracturing them with incommunicable language barriers.The story attempts to explain or describe the historic division of the human race into language and culture groups.

Can this ancient story shed light on the plight of divisive modern nation states and religious groups? Can it remind us that the sky itself is truly the limit if we can overcome our per-ceived differences? Spectrum uses this musical retelling to traverse and celebrate cultural and religious diversity.
Saturday, June 4
Alliance Française de Toronto  [map] (Bloor & Spadina)
7:15 pm pre-concert chat
8:00 pm concert
$15 general, $10 students/seniors/art workers

Join us early for a pre-show chat with musical director Noam Lemish about Tower of Babel: Interpretations and Implications for the 20th Century. Featuring a panel of experts in theology, international relations, and religious law.

Spectrum Music, now in its fifth season, is proud to continue to showcase innovative and genre-defying performances of new music in one of its most exciting seasons yet. With innovation and exploration, it is only natural that the organization itself would grow and change as well – and it is this evolution that brings us…

Come indulge in some healthy escapism for an enchanting and enriching evening of music and literature. Spectrum invites you to step “through the wardrobe” to some of literature’s most beloved and fantastical lands. Enter the gritty dystopian world of Infinite Jest, in a suite composed by Brad Cheeseman in homage to the modern masterwork by David Foster Wallace. Narnia, Middle Earth, Oceania, and Westeros will be stops on the itinerary as the members of Spectrum along with other guest composers depict fictitious realms and -topias from the seminal works of modern literature.

A taste of what to look forward to from the last Spectrum concert, Tracing One Warm Line:

Spectrum Music premiered a program of new music for Ozere chamber folk ensemble on Saturday Nov 14th in their concert “Tracing One Warm Line”. The program included Shannon Graham’s piece, co-written with Javier Vazquez, “Woman With Many Names”.  Ozere performed the Spectrum composers new works beautifully to an attentive audience, and singer/songwriter Alex Lukashevsky led everyone in a sing along of Stan Roger’s Northwest Passage to close the show! 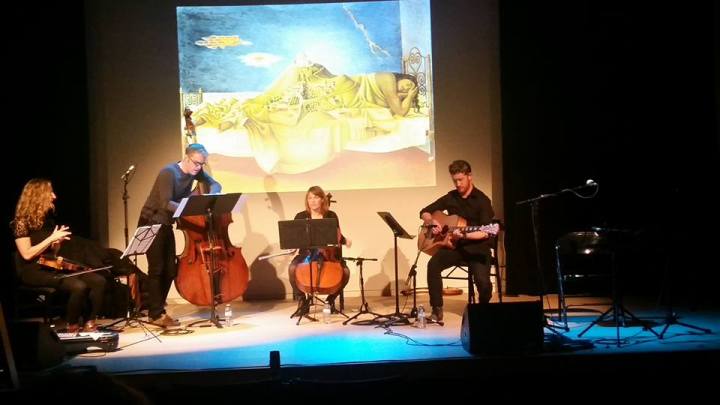 About Woman With Many Names

La Malinche was an Indigenous woman who translated for the Spanish Conquistador Hernan Cortes, helping him overthrow the Aztec empire in 1521. After her death, she was named La Malinche, and became a symbol for the betrayal of one’s own people and culture. However, as more time passed, historians and artists began to see her with more complexity. This piece will portray each one of her names (La Malinche the traitor, Malintzin the victim, Dona Marina the lover, and Malinalli the survivor) to pose the question: does the history of an individual’s life have an end?

Dialectica performed their unique blend of jazz, classical, and pop music for saxophone on Wednesday Oct 14 at The Emmet Ray. New music rubbed elbows with a sea shanty, country dance, and mambo in an eclectic set!

Join Spectrum Music on Wednesday Oct 14, 2015 to celebrate the launch of their 2015/2016 season. Find out what these chamber jazz composers have in store for you this year.

Looking forward to another year of music like this: